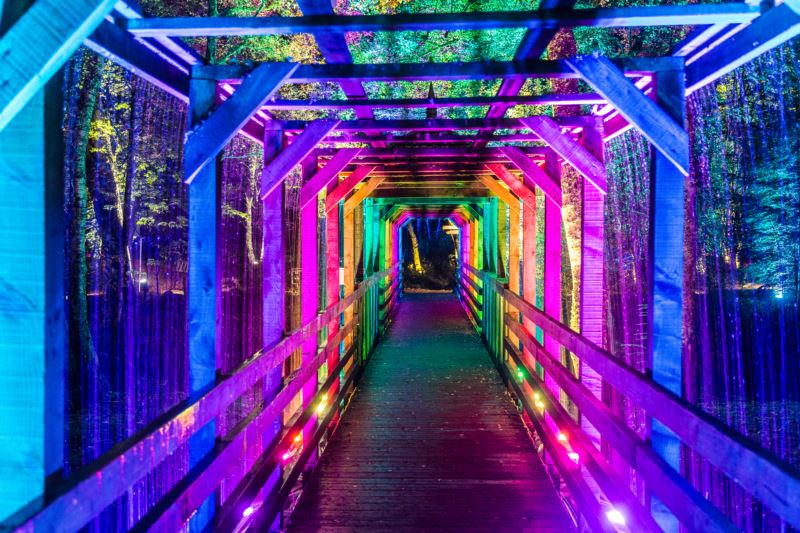 A generous donation from The Enchanted Forest will benefit Highland Perthshire’s bat population.

The multi-award-winning sound and light show has donated £500 to Tayside Bat Group (TBG) to install around 30 bat boxes in Faskally Wood, near Pitlochry.

The boxes will be put in place by TBG volunteers at the beginning of September in a strip of trees along the edge of the loch.

Brian Simpson, Enchanted Forest Trustee, said: “As a charitable trust we are delighted to be able to direct proceeds towards this important Tayside conservation organisation.

“As the show goes from strength to strength, it is extremely heartening to be able to support the ecology in Faskally Wood which is so important to the continued success of The Enchanted Forest.”

He continued: “We’re delighted to be involved in this partnership and the work to help bats locally.

“The forest already provides suitable habitat for a range of bat species but these boxes will increase available roosting sites for them.

“It’s great that the event organisers are helping biodiversity like this and we’re working with the other partners to look at what wider biodiversity benefits the event might have for the local area.”

The 2017 show – entitled Oir an Uisge, Scots Gaelic for “Edge of the Water” – is led by the multi-award-winning creative team of Zoe Squair as producer, Kate Bonney and Simon Hayes as lighting designers, and RJ McConnell and Jon Beales providing sound design and composition.

Tickets are already selling fast and customers are advised to book early this year to avoid disappointment.

Tricia Fox, marketing manager of The Enchanted Forest, commented: “Demand for tickets grows year on year and I cannot emphasise strongly enough that people should buy tickets in advance to ensure they secure a chance to visit this year.”

The Enchanted Forest takes place from Thursday, September 28 to Sunday, October 29 at Faskally Wood near Pitlochry. Tickets will be on sale to the public from Friday, June 16 at 10am at www.enchantedforest.org.uk

Tickets for the Charity Night on Thursday, September 28 will also be available to book by visiting www.enchantedforest.org.uk/charity

Sound and light show launches competition to find the Voice of the Enchanted...
Scroll to top