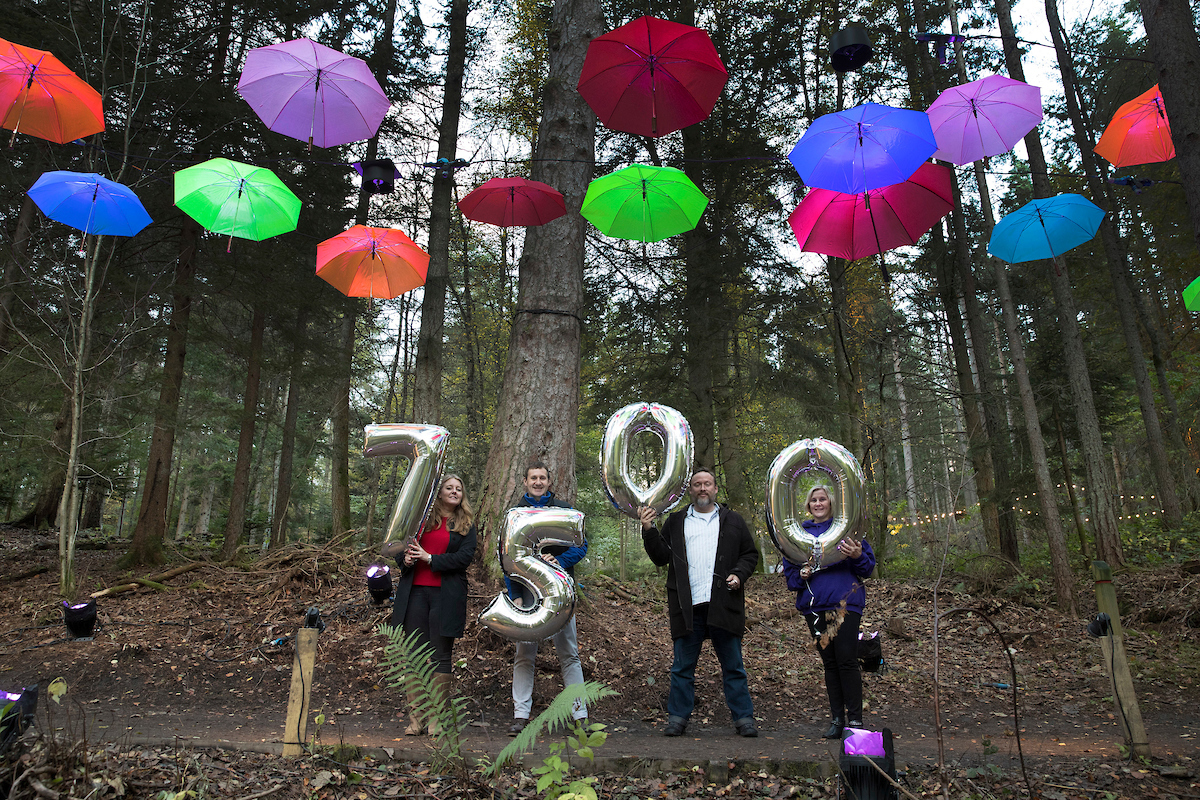 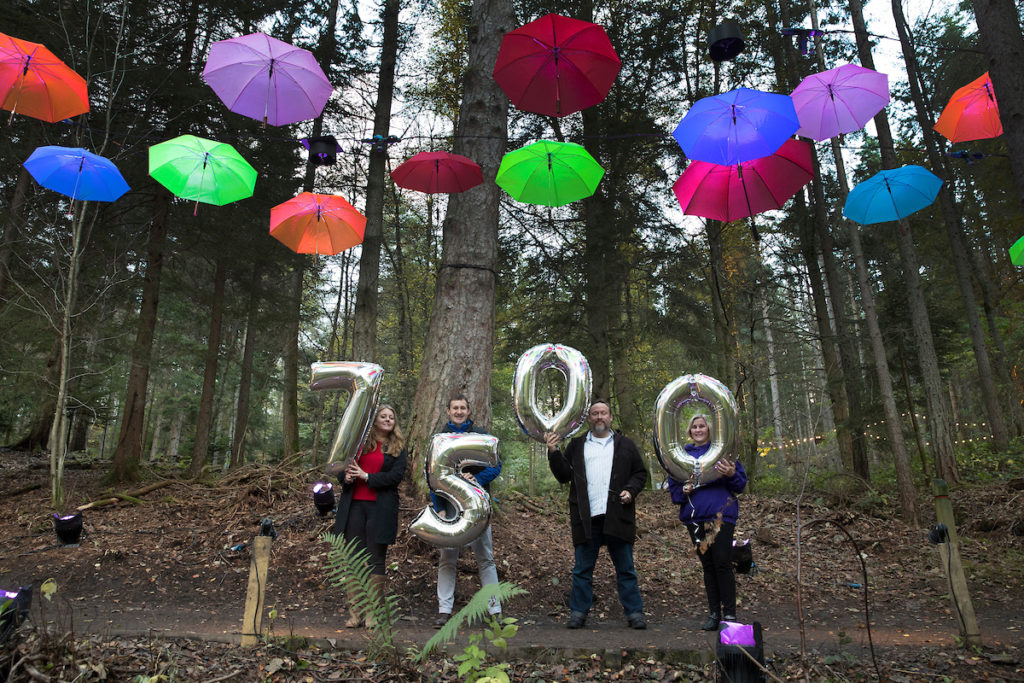 The Enchanted Forest, Perthshire’s multi-award winning sound and light show, has confirmed today that just over 73,000 visitors attended this year’s sold-out show, which closed on Sunday night, a 4% increase on the previous record-breaking year. Event organisers have also confirmed that its three official charities – Tayside Mountain Rescue, Alzheimer Scotland and Giraffe – have each received a donation of £2500 with proceeds from the dedicated charity night held on the opening night.

Oir an Uisge, Gaelic for Edge of the Water captured the publics imagination around the globe with international visitors one of the fastest growing audience segments for the event this year. International visitors have jumped from around 0.97% of audience share in 2014 to 2.72% of audience share in 2017, and with more than 75% citing their main reason for travelling to Scotland was to see The Enchanted Forest, they represented more than 15 different countries.

The growth in the profile of the event in recent years saw it take the title for the UKs Best Cultural Event last winter and it is also up for a coveted Visit Scotland Thistle Award later this year. As has almost become the norm it has again broken all previous box office records and, for the first time, tickets sold out prior to the show opening on 28th September. Over 10,000 customers have since signed up for advance notice of when 2018 tickets will go on sale.

Reflecting the changing landscape of Forestry Commission Scotlands Faskally Wood, this year the creatives behind the show took inspiration from the natural setting with dazzling visuals including a multitude of spectacular water effects, state of the art lighting technologies and exciting new artist installations. Oir an Uisge also featured a musical score that combined contemporary with traditional and which has proved a hit with visitors.

It is estimated that The Enchanted Forest’s impact on the local tourism economy is around £3 million per annum with around 54% of visitors to the event this year choosing to stay overnight in the area on their visit and over 93% citing the event as their main reason for visiting the area this Autumn.
Ian Sim, chairman of The Enchanted Forest Community Trust, which operates the event, said:

“Once again The Enchanted Forest Community Trust, the charity that runs The Enchanted Forest, is completely blown away by the response to the event. Were delighted it has smashed yet another of its own box office records. This is very much an event run by the community of Highland Perthshire and the team behind it are really exceptional, from the creatives team who devise the concept, our new show producer Zoe Squair and brilliant operations team and to the stewards who stand out in the woods night after night during the month of October. The Enchanted Forests success is testimony to their hard work and commitment to providing a top quality experience for our thousands of customers.”

“We’re also extremely please that the event has also been able to contribute to three very worthwhile charities and support them in their work in the community. Tayside Mountain Rescue, Alzheimer Scotland and Giraffe have all received donations of £2500 each thanks to a sell-out charity event on our opening night.”

The Enchanted Forest returns in 2018 and people can sign up for advance notification of when tickets go on sale at www.enchantedforest.org.uk