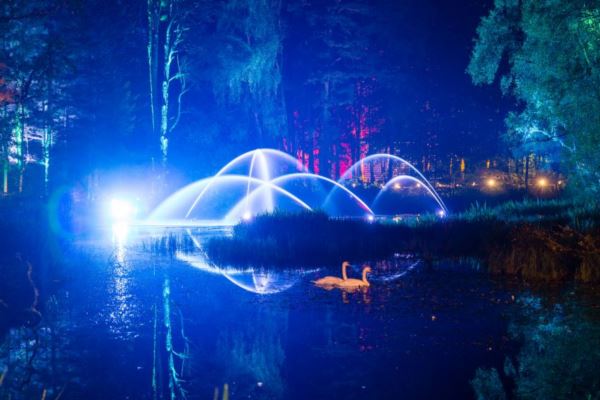 The Enchanted Forest Community Trust, organisers of the multi-award winning sound and light show in Pitlochry, has awarded a record £17,870 to a wide range of worthy projects in Highland Perthshire.

This is the fifth year that such a fund has been available, and the 15 good causes range from supporting Pitlochry Path Group for its project to upgrade the path network at Loch Faskally, to kitting out six players in the Vale of Atholl Pipe Band. Other notable donations include financial backing for the March Into Pitlochry music festival, Pitlochry’s Christmas Festival and the Soldiers of Killiecrankie. Full list as follows:

“2017’s record-breaking show saw more people visiting The Enchanted Forest than ever before. This incredible support means we are able to fund 15 exciting community events, projects and organisations. We’re delighted that our show helps makes this support possible, and visitors should feel proud that, just by visiting the Enchanted Forest, they have done their bit to give back to the community and benefit the local area.”

Over 73,000 visitors attended last year’s sold-out show Oir an Uisge (Gaelic for ‘Edge of the Water’), which was a four per cent increase on the previous record-breaking year.

It is estimated that The Enchanted Forest’s impact on the local tourism economy is around £3 million per annum with around 54% of visitors to the 2017 event choosing to stay overnight in the area on their visit and over 93% citing the event as their main reason for visiting the area.

This year’s Enchanted Forest will run from October 4 to November 4 and tickets will go on sale to the public in June 2017.

More information on The Enchanted Forest is available on www.enchantedforest.org.uk

This site uses cookies. By continuing to browse the site, you are agreeing to our use of cookies.