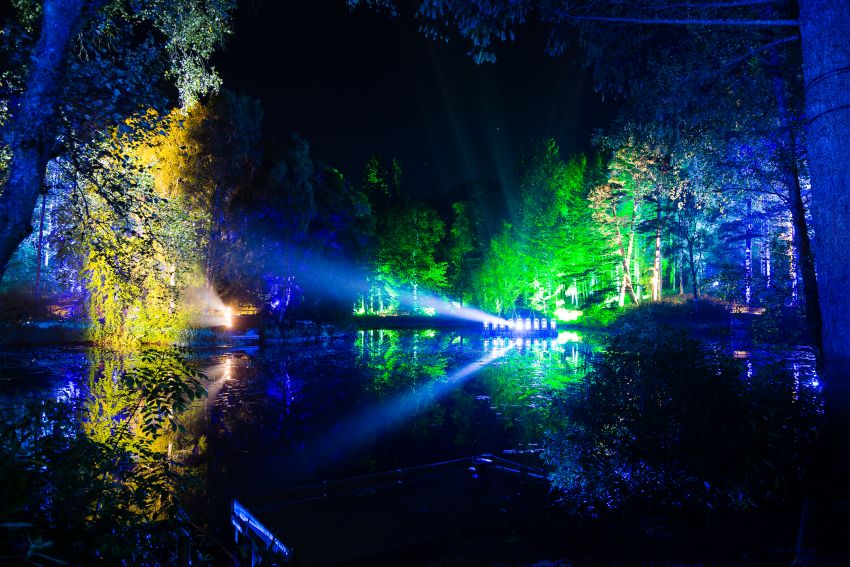 Scotland’s premier sound and light show, The Enchanted Forest, has been shortlisted for Best Event or Festival for the third year running at the regional heats of the Scottish Thistle Awards, announced on Friday. A previous winner of the national title for Best Event or Festival, this is the third shortlisting in a row for this popular Autumn event.

The event, which launched its 15th show last week, called SHIMMER, features original music and a series of fantastic light displays devised by some of the country’s top creative talent. This year’s event runs until Friday 30th October but, with over 50,000 tickets sold already, organisers are urging people to book soon if they don’t want to miss out on the spectacle which has become a mainstay of Scotland’s Autumn calendar.

“The Enchanted Forest team are very excited to be shortlisted for a prestigious Thistle Award for the third running, a testimony to the event’s standing in the Scottish tourism calendar. Every year The Enchanted Forest continues to evolve and we are very proud of the success the event has had and that so many people travel up to Highland Perthshire as a result. As a previous winner of a Scottish Thistle Award, we can wholeheartedly say that the accolade is one which helps to increase the profile of the businesses who win, as much as reward the hard work and efforts of the teams involved.”

The Enchanted Forest is once more headed up by the multi-award-winning creative team of Derek Allan as producer and creative director, Kate Bonney and Simon Hayes as lighting designers, and RJ McConnell and Jon Beales providing sound design and composition. Additional creative expertise was provided by leading creative companies including NL Productions, Squid Soup, 59 Productions and Vision Mechanics.

The Enchanted Forest sweeps the board at The DRUM’s Scottish Event Aw...
Scroll to top