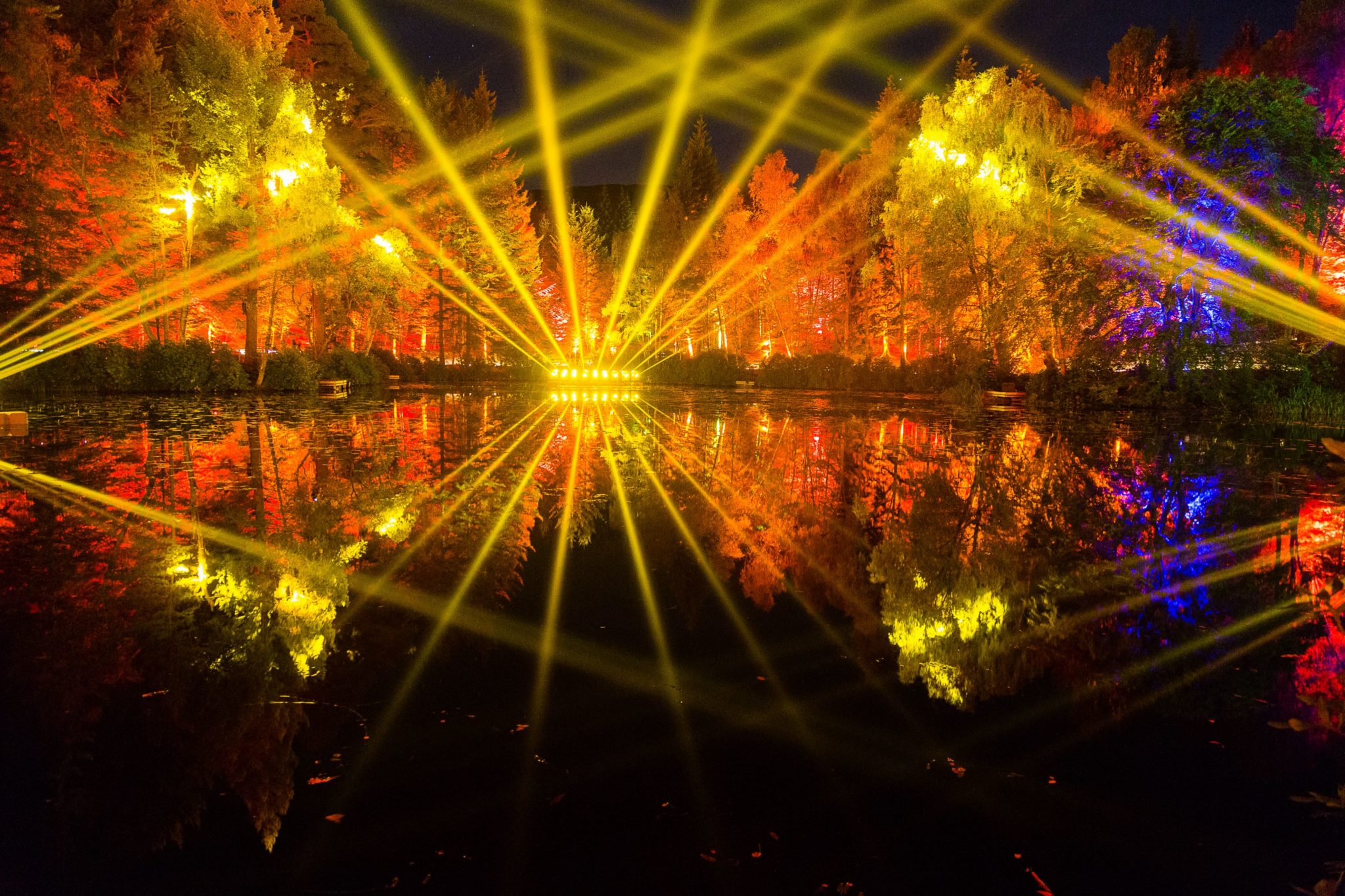 The Enchanted Forest, Perthshire’s multi-award-winning sound and light show, has released almost 80,000 tickets for this year’s event, with the box office opening to the general public on Friday, June 15.

The 2018 event, entitled Of The Wild, is firmly rooted in nature and inspired by the hidden mystery of Faskally Wood after dark. The creative team has come up with an engaging event that combines breathtaking visuals, innovative technologies, interactive special effects and an original music score.

Over 73,000 visitors attended last year’s sold-out show Oir an Uisge (Gaelic for ‘Edge of the Water’), which was a four per cent increase on the previous record-breaking year. Now in its 17th year, the event brings in an estimated £3 million to the local economy.

Tickets have been made available already by private pre-sale to previous customers and subscribers to the event’s e-newsletter. Demand has been brisk with almost 30,000 tickets snapped up already. Weekend nights are already selling fast and customers are advised to book early this year to avoid disappointment with organisers predicting that the event will sell out before opening night for the second year running.

Outdoor Access Trust for Scotland, The Birks Cinema Trust and Blairgowrie Riding for Disabled have been confirmed as the official charity partners for 2018. These organisations will not only benefit financially but will be promoted extensively during the month-long extravaganza which opens to the public on Thursday, October 4.

Ian Sim, Chairman of The Enchanted Forest Community Trust, said: “Innovation and imagination are at the heart of The Enchanted Forest’s reputation as Scotland’s premier sound and light show. Without giving too much away, I am delighted to say that our creative team has once again come up with an event that will deliver a real wow factor to enchant and enthral visitors of all ages.

“As demand for tickets grows year on year, I cannot emphasise strongly enough that people should buy tickets in advance to ensure they secure a chance to visit this year.”

This year’s Enchanted Forest will run from October 4 to November 4 at Faskally Wood near Pitlochry. Tickets will go on sale to the public from Friday, June 15 at 10am www.enchantedforest.org.uk

More information on The Enchanted Forest is available on www.enchantedforest.org.uk