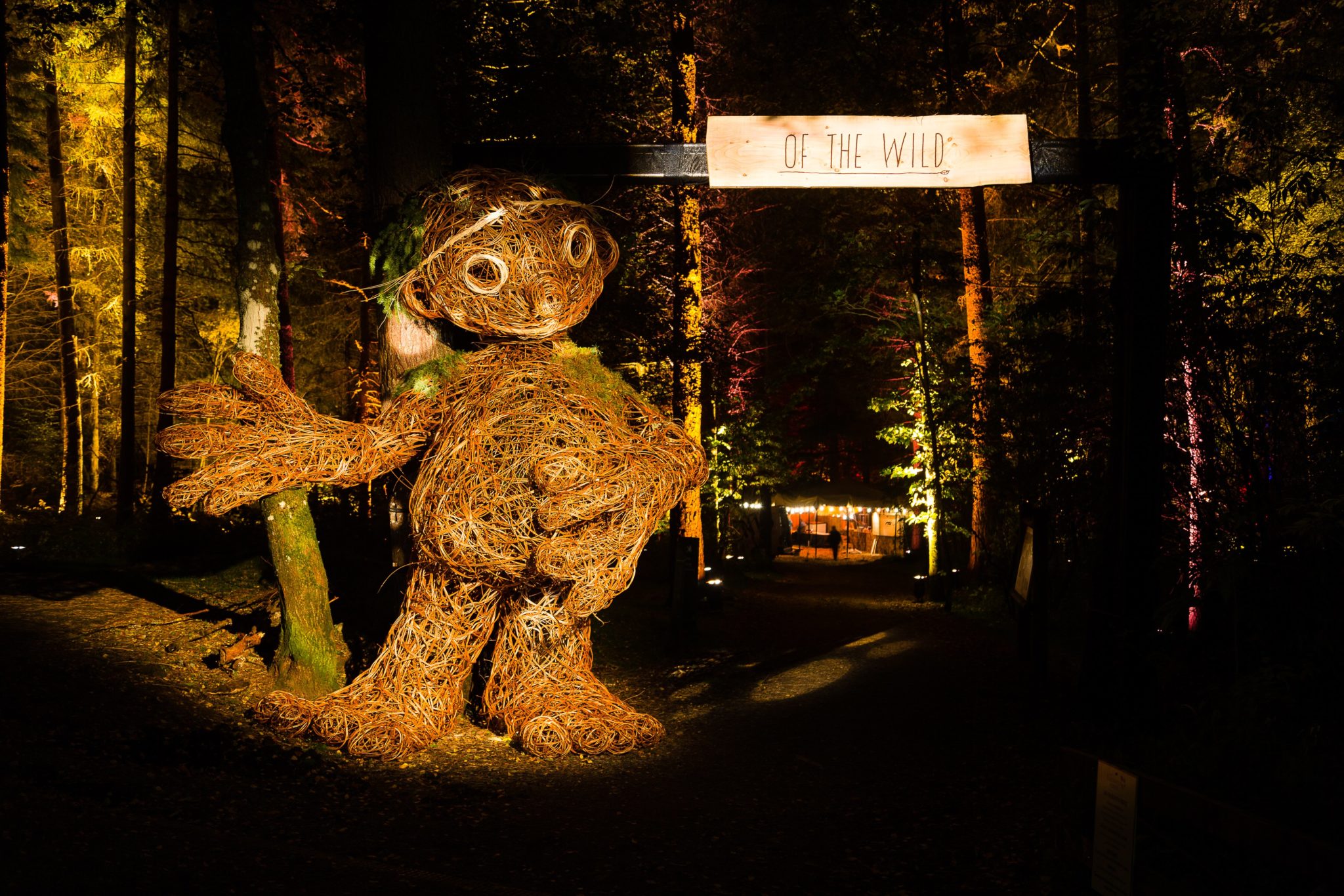 Hundreds of invited visitors watched in delight as The Enchanted Forest launched its much-anticipated 2018 show Of The Wild in Faskally Wood, near Pitlochry, tonight (Wednesday, October 3).

Showcasing the wild and wonderful autumnal beauty of Highland Perthshire, the sound and light spectacular has released a record 80,000 tickets for its extended five-week run from October 4 until November 4, 2018.

“The Trust was bowled over by the incredible feedback we received tonight for Of The Wild. It’s a tribute to our brilliant creative team and producer of the 2018 show, as well as our very talented operations team, all of whom transform Faskally Wood into an enchanted forest every October.

“From humble beginnings as a three-night event with just 1500 visitors in 2002, it’s phenomenal to see how much The Enchanted Forest has grown during its 17 years. The love and support we have received is amazing and we are looking forward to welcoming a record 80,000 visitors this year.”

Breathtaking visuals, state-of the-art technologies, interactive special effects and a dazzling music score combine to make Of The Wild a truly enchanting experience for visitors of all ages.

Inspired by the hidden beauty of Highland Perthshire’s wild woods, the multi-award-winning creative team of Zoë Squair (creative producer), Kate Bonney and Simon Hayes (lighting designers), and RJ McConnell and Jon Beales (sound design and composition) has taken that theme literally and come up a show that’s firmly rooted in nature and full of surprises.

“Our reputation as one of Scotland’s and the UK’s must-see autumn events is partly testament to the time we have spent over the years growing a community of dedicated partners, volunteers and followers, believing in what we are doing and listening and responding to feedback so that we can come back better each year. Despite growing significantly we are still a very intimate event and that’s what people seem to love the most. We don’t ever want to lose that.”

Once again, the show organisers ran a competition to find The Voice of the Enchanted Forest. Hundreds of children from all over Scotland auditioned with a prize of recording a health and safety announcement that is played to visitors as they are bused from Pitlochry to the forest for the event. The winner was seven-year-old Jessica McIntosh, from Auchterarder, who helped open the show.

Outdoor Access Trust for Scotland, The Birks Cinema Trust and Blairgowrie Riding for Disabled have been confirmed as the official charity partners for 2018. These organisations will not only benefit financially but will be promoted extensively during the run of the event.

It is estimated that The Enchanted Forest’s impact on the local tourism economy is around £3 million per annum with around 54% of visitors to the event this year choosing to stay overnight in the area on their visit and over 93% citing the event as their main reason for visiting the area this autumn.