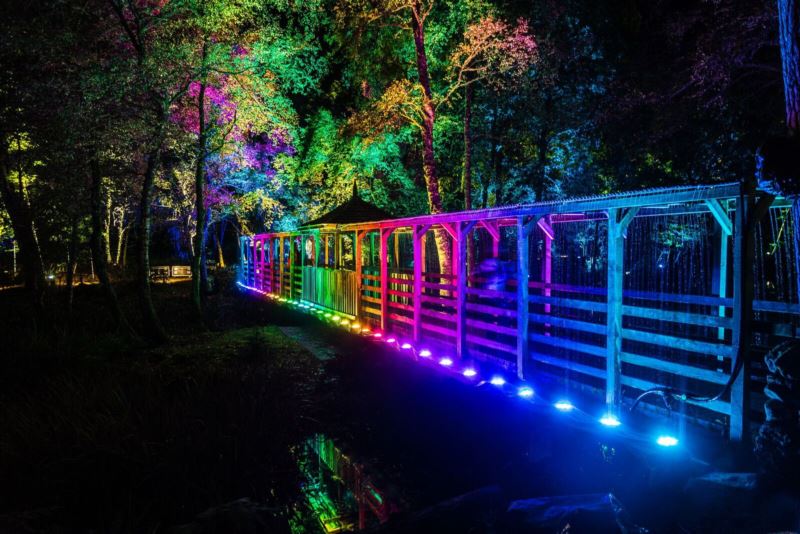 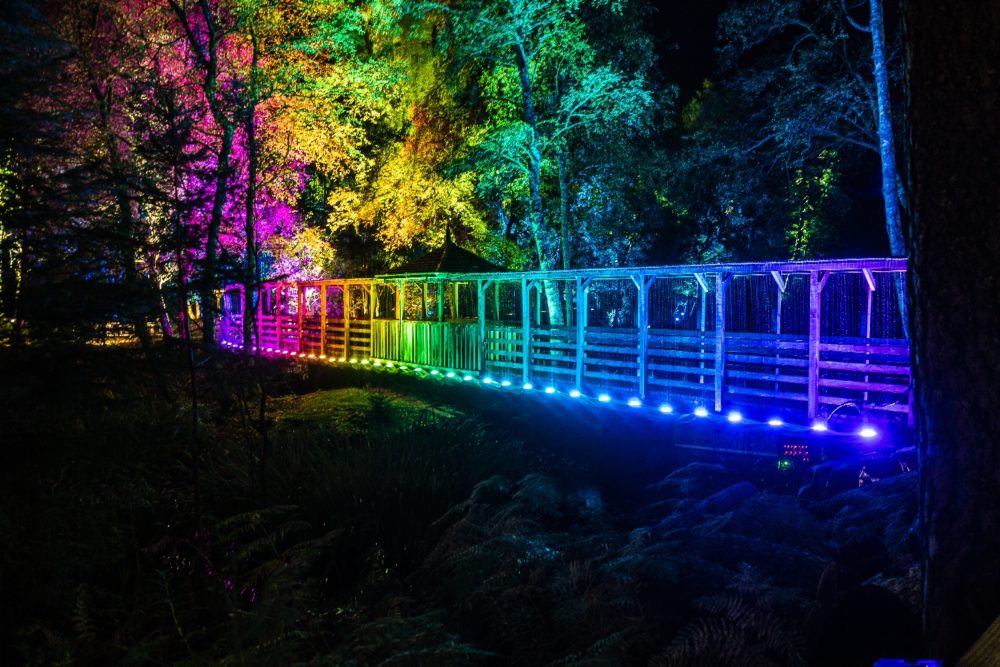 The Enchanted Forest sound and light show has been declared “the best one yet” by visitors at the same time as the event was named a finalist in the Scottish Thistle Awards.

The news of the event’s shortlisting for Best Cultural Event in Central, Fife and Tayside came as the 2017 show made history for selling out before it opened to the public last week.

“Amazing”, “awesome”, “incredible” and “the best one yet” were just some of the comments in a video that captures visitors’ delight at this year’s show, Oir an Uisge. The dazzling spectacle was produced by Zoe Squair and designed by lighting designers Kate Bonney and Simon Hayes. The original music score is by RJ McConnell and Jon Beales.

The Scottish Thistle Awards shortlisting – for the hugely successful 2016 show, shimmer – is the fourth in a row for this popular Autumn event which takes place at Faskally Wood near Pitlochry.

Tickets to Oir an Uisge sold out just hours before the show opened. The name is Gaelic for “Edge of the Water” and is inspired by its natural setting of Faskally Wood and Loch Dunmore. There are elements of Scottish folk music in the score, and instruments used include whistles, recorders and crumhorn, as well as orchestral sounds of strings, percussion and harp.

A record 72,000 tickets were released for Oir an Uisge. Proceeds from the official opening night, September 28th, will benefit the show’s three chosen charities this year: Tayside Mountain Rescue, Alzheimer Scotland and Giraffe. The Enchanted Forest runs until October 29th, 2017.