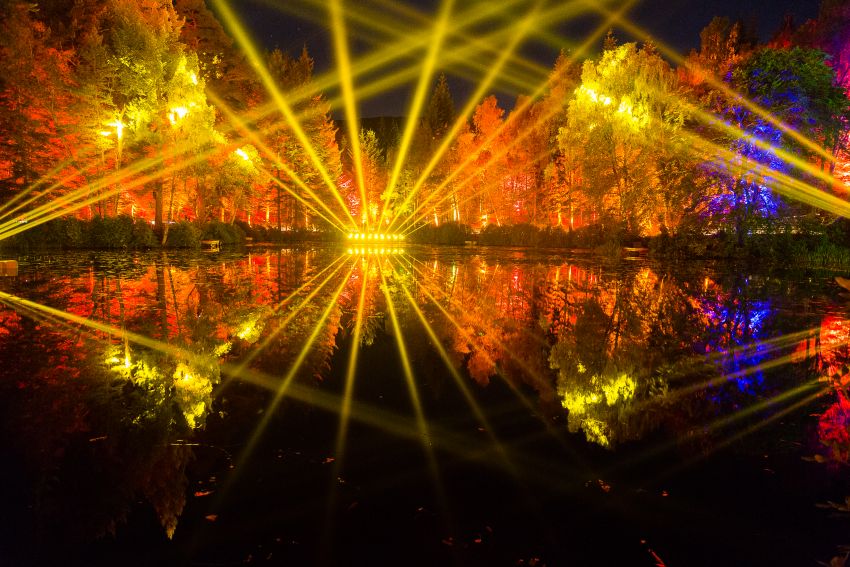 The state-of-the-art show, entitled shimmer, will run throughout October and this year more than 65,000 tickets are going on sale with organisers are urging customers to book early to avoid disappointment. Last years award winning show attracted a record 62,000 visitors smashing all previous box office records and selling out quickly.

The 2016 show runs from Thursday 29th September to Friday 30th October at Faskally Wood near Pitlochry. This years event will also see the return of the multi-award-winning creative team of Kate Bonney and Simon Hayes as lighting designers, and RJ McConnell and Jon Beales providing sound design and composition and show producer, Derek Allan.

Every year The Enchanted Forest lights up the countryside of Perthshire and boosts the Autumnal tourist season. The show we have planned for this year is remarkable and will prove to be a must-see. The team have some very exciting developments in planning and were certain it will create that wow factor for visitors.

In 2015 The Enchanted Forest extended its season due to popular demand and the event now brings in an estimated £2 million to the local economy. In March it was awarded the coveted Scottish Rural Award for Tourism & Hospitality 2016, beating off stiff competition from more than 50 of Scotlands top tourism businesses.